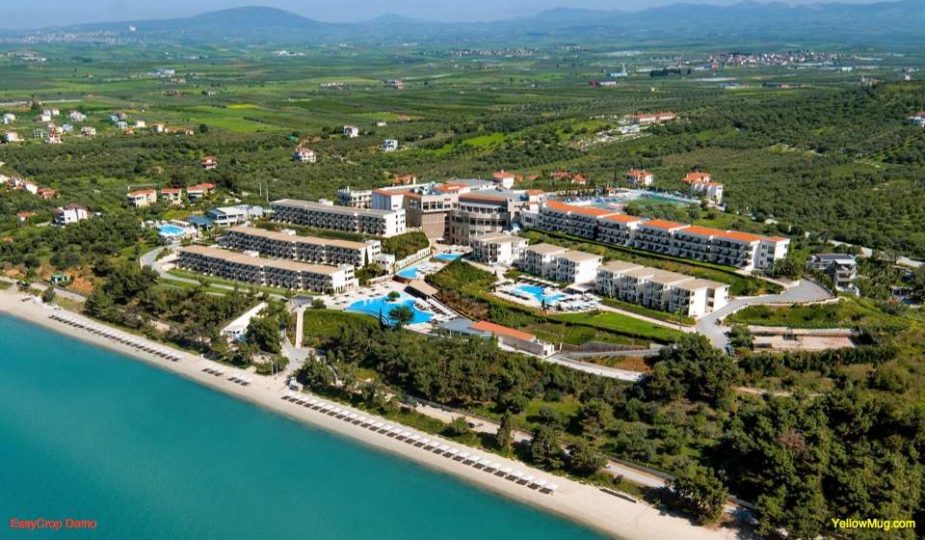 For our first holiday after lockdown is lifted, many of us will be dreaming about uncrowded locations and simple pleasures. So where better than a Greek island? Here are some of the least populated

With only two settlements – the port of Psathi and the village of Chorio – low-key Kimolos is best explored on foot. Hike up to Skiadi, a rare geological monument in the middle of a barren plateau. The rock has been sculpted by the wind and resembles a massive mushroom. Pause for a picnic of ladenia (local flatbread topped with roast tomatoes and onions) then continue along the trail to Mavrospilia beach. If you’re lucky, you might spot endangered monk seals.

Sunvil offers a seven-night, self-catering holiday at Echinousa Apartments from around £800pp, including flights, with connecting flight to Milos and a 30-minute ferry transfer to Kimolos.

More than one million people – including 200,000 Britons – head to Kos each year, but a two-hour ferry ride south there’s Tilos, where goats outnumber tourists. This tiny place, midway between Kos and Rhodes, is gaining recognition, not for tourism, which remains very small, but for its exceptional green credentials. The entire island is a nature reserve and it is on the verge of using nothing but renewable energy sources. The unspoilt beaches are attractive too.

There are queues to take photos at Santorini’s most scenic spots, so escape to Folegandros, a one-hour ferry ride to the south. Those who make the journey will find the same volcanic landscapes, sugar-cube architecture and beautiful sunsets, but only 47,000 annual visitors compared to Santorini’s 5.5 million.

Double rooms at the Anemi Hotel cost from around £120 a night.

The smallest and among the prettiest of the inhabited islands in the Dodecanese, this island is reached by air or ferry from Rhodes. Boats run to beaches on neighbouring islets; otherwise you swim off rocks. The Blue Grotto rivals the one in Capri, while multicoloured, neoclassical houses ring the harbour. The award-winning Italian film Mediterraneo was shot here.

Five traditional quayside buildings have been turned into the Hotel Kastellorizo. Rates from around £100 b&b for a double room.

It’s 75 minutes by ferry and almost centuries in development from Rhodes, its fellow Dodecanese island. Halki is one of those undemanding islands where the daily decisions come down to when and where to swim, whether to start a new book and which taverna to go to. There is only one village, although many of the houses, especially those on the waterfront, are now holiday homes. If you want to be strenuous, walk into the dry interior, perhaps up to the medieval castle built for the Knights of St John.

Halki Sea House offers the chance to stay in a 19th-century seafront mansion from around £250 a night.

When the Turks invaded this northern island in 1824, 3,000 of its residents escaped in small boats; the rest, preferring to die rather than surrender, stole away to a hilltop powder store and blew themselves (and many of their enemies) the pieces. The name of this remote, supposedly mournful island means “mottled things” in ancient Greek. Only a few day-trippers come from neighbouring Chios, so the island’s beaches are almost always quiet.

There are ferries from several points on Chios; services run often in the summer but are much reduced out of season. Accommodation options consist of a few simple apartments.

A two-hour ferry ride from Naxos, the twin islands of Ano (Upper) and Kato (Lower) Koufonisi are a castaway dream. Ano Koufonisi is small enough to walk around in a day. The coastal path from the pocket-sized port peters out at Pori, the largest of the island’s milky blue beaches. Kalofego is a laid-back beach bar where the owner, a musician, often stages impromptu jam sessions with his friends. On Kato Koufonisi, the only inhabitants are goats and the Venetsanos family, who run a wonderful taverna. Order fish soup or slow-roast kid goat.

Stay at Koufonissi Villas, four gorgeous Cycladic-style villas overlooking Pori beach. From around £400 per night for Keros House, which sleeps eight, including housekeeping and transfers.

This island, between Ios and Folegandros, has some of the most attractive scenery in the Cyclades, and visitors can expect homely tavernas and caïque fishing boats that leave from the harbour village of Alopronia for remote beaches. Kastro, a 15th-century fortified settlement on a clifftop 280m above the sea is home to the Zoöhóhou Piyís monastery, whose name means “life-giving fountain”. There is also a blue-domed church, Panayía Pantánassa, that opens for evensong at 6pm.

There are ferries from neighbouring Folegandros and Ios, as well as Kimolos, Milos, Naxos and Santorini. There is a decent range of affordable apartments and small hotels.

The only settlement on this island, Hora, sits in a lofty position at 260m, all the better for enjoying the wide views over the Cretan Sea. Volcanic rock (the result of neighbouring Santorini’s eruptions) covers the island, making it a pretty barren place, but the seclusion is glorious, and a fringe of south-facing beaches heightens the end-of-the-ferry-line appeal. The trek to Kalamiotissa, a monastery at the island’s very south-eastern point, is recommended.

Anafi is a 90-minute boat ride from Santorini. There are several services a week. Accommodation is limited to around a dozen simple hotels and apartments.

Between similarly titchy Iraklia and Koufonisia, near Naxos, Schoinoussa offers the typically Greek combination of windmills, churches and beaches. Culinary specialities include goat with split peas, and pitaridia (home-made pasta boiled in goat’s milk). There is no public transport, but the island has decent hiking trails, or you can rent a moped or bicycle.

There are regular ferries from Naxos; travel time approximately 1 hour 45 minutes. There is a wide range of villas and small hotels.

The northernmost island of the Dodecanese chain, Agathonissi, whose name means “pure island”, attracts sailors, those in search of seclusion (not all the beaches have road access), and fans of history (it is home to Tholi, a pre-Byzantine monument that is unique in the Aegean). Most of the beaches are pebble; for fine sand, head to Poros, 45 minutes from the village of Ayios Yeoryios.

There are sailings three or four times a week from Kalimnos, via Lero, Patmos, Lipsi and Arki. Accommodation is limited to around a dozen simple apartments and hotels.

It is thought that Dionysus, the god of wine, chose this tiny island to hide Ariadne, the Cretan princess he loved. The tourist board, of course, does not fail to use this fact to boast about the island’s appeal for romantics. But the reality is that anyone looking for peace and seclusion will be content here. At Kendros beach, snorkellers can see a Second World War wreck, while those looking for shade may be better off at Livadhi, where tamarisks provide shelter next to white sand.

There are about four ferries a week from Piraeus, via Paros and Naxos. A clutch of apartments and small hotels can be found in the island’s south-west corner.

With arguably the best scenery in the Lesser Cyclades, Iraklia has little in the way of facilities but much in the way of natural beauty, including some lovely beaches like the popular Livadi. Seven trekking trails cross the island for those who wish to work off the feta, olives and delicious thyme-infused local honey.

Ferries connect Iraklia with the other Lesser Cyclades (Schinoussa, Koufonisia and Donoussa), as well as Paros and Naxos. There is a handful of simple hotels in the main village.

As a likely contender for Greece’s least populated inhabited island, Marathi, between Lipsi and Arki in the northern Dodecanese, has just one beach, no roads, no cars and no shops. There is little noise but birdsong and the clatter of goat bells. It is home for the Emilianos family, who first came here in 1977. They installed a water supply and electricity and now welcome guests to their hotel and taverna in the summer months, when the island’s population soars to, er, 12. 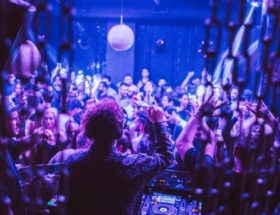 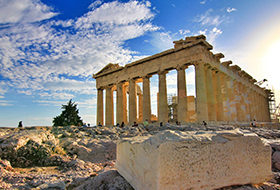 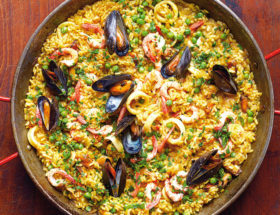 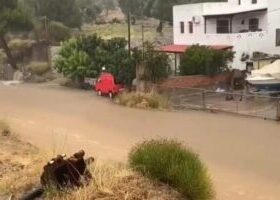