Skip to Content
Home News Which stores will be open on Saturday in Attica and Thessaloniki – How will the market work Traffic ban from 18:00 in Athens, Thessaloniki and Halkidiki on weekends 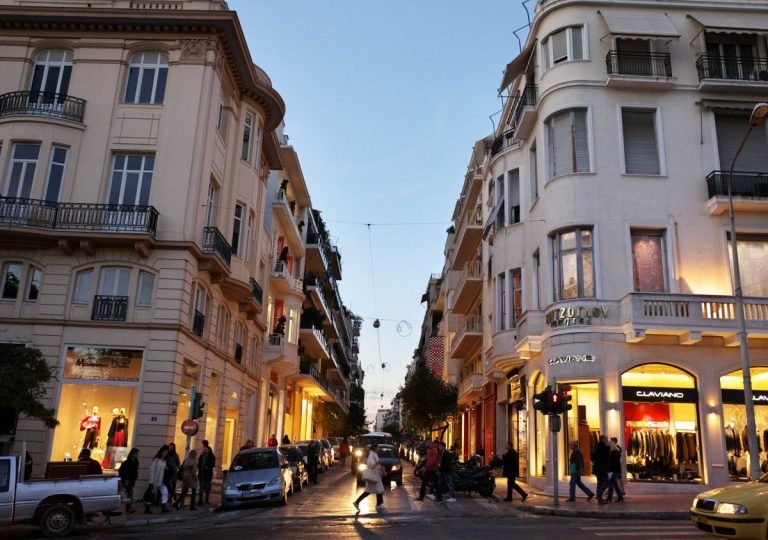 Traffic ban from 18:00 in Athens, Thessaloniki and Halkidiki on weekends – Only supermarkets, gas stations, bakeries, pharmacies and food stores open in Attica, Thessaloniki, Halkidiki – How will schools across the country operate from Monday
With closed stores and a traffic ban from 18:00 (instead of 21:00) on weekends, the government is trying to limit the spread of the new coronavirus in Attica, Thessaloniki and Halkidiki, after the rapid increase in the number of daily cases and the pressure which begins to receive the Health system again, with the increase of hospital admissions.

The Deputy Minister of Civil Protection, Nikos Hardalias, announced in detail which areas are included in level B (red) from Saturday morning, as well as the measures that will apply in special cases, where the viral load is particularly high and the situation is dangerous.

It is characteristic that both Athens and Thessaloniki, as well as Patras, ie the three of the largest cities in the country, were included in the list of additional measures.

The changes in Attica and Thessaloniki mainly concern the operation of the stores. The weekends. The shops will be closed, except for pharmacies, supermarkets, food, bakeries and gas stations, while the traffic ban will be applied from 18:00 and not from 21:00 as it was in the “red” capital until Friday. On weekdays, the curfew will apply from 21:00. For Thessaloniki, which until Friday was at level A, the daily operation of the stores is changing, as now they will operate only with click away, even the clothing, footwear and bookstores.

The announcements in detail about the “red” areas and the measures that will be applied by Mr. Hardalias :

The Municipality of Eordea of the Regional Unit of Kozani remains in the red , which today has 59 active cases, while it had 74 active cases on January 9 with additional restrictive measures to be in force as early as 17 December.

The Municipality of Sparta of the Regional Unit of Laconia remains in the red , where there is an increase in the viral load. More specifically, Sparta had on January 14, when the additional measures came into force, 53 active cases and today it has 77.

Zakynthos remains in the red, where there were 23 active cases on February 1 when the additional restrictive measures came into force and currently the active cases are 33.

In the red areas also remains the Peripheral Unit of Lesvos , where on January 13, when the Additional restrictive measures, there were 112 active cases and at the moment the active cases are 74.

Which areas are included in the “red”

The Municipality of Pydna-Kolindros of the Peripheral Unit of Pieria, where on January 25 there were 19 active cases and have increased to 33.

The Municipality of Dirfion-Messapia of the Regional Unit of Evia, where there were 23 active cases on January 25 and have increased to 59.

And the Municipality of Tempi of the Regional Unit of Larissa, where the active cases have increased to 32 from 5 that was on January 25th.

So, I repeat, in the red areas, from tomorrow morning will belong:

At this point I would like to emphasize that in addition to the above areas, the epidemiological load was assessed as particularly high in the Municipalities of Thira, Mykonos, Chalkida, Patras and Agios Nikolaos Crete. More specifically, in the Municipality of Thira of the Regional Unit of Thira the active cases were 34 on January 30, when the additional restrictive measures came into force, and currently it is 45.

Respectively, the Municipality of Mykonos had 25 active cases on January 30 when they started to The additional restrictive measures apply and today it has 50. So despite the measures, the number of cases has doubled.

The Municipality of Chalkida of the Regional Unit of Evia, had 189 active cases on January 30 when the additional restrictive measures came into force and currently has 292 active cases. That is, within a few days the cases have increased by 35%.

In the Municipality of Patras of the Regional Unit of Achaia, the active cases were 173 on January 30 when the additional restrictive measures came into force and at the moment it is 349, ie they have more than doubled within a few days (increase of cases 50.43%).

Finally, an increasing trend of cases is observed in the Municipality of Agios Nikolaos of the Regional Unit of Lassithi. More specifically, the active cases on February 1, when the additional measures came into force, were 43 and are currently 78.

The measures that will apply

The epidemiological picture of these areas makes it necessary to take further restrictive measures compared to those apply to the “red” areas in order to reverse the spread of the virus.

More specifically in these areas from tomorrow at 6:

-The operation of retail is suspended , as well as hairdressers, barbershops, beauty centers as well as diet services and diet units, personal hygiene and body care services, but also KTEO and of OPAP agencies.

-Only the supermarkets, food stores and pharmacies remain open.

-The lifelong operation of schools of all levels and kindergartens is also suspended.The schools will operate with the method of distance learning. It should be noted that the Primary Schools and the Nursery Schools will continue to operate in the Municipalities of Mykonos and Thira only, due to the non-detection of mutations, but also the special characteristics of the causes of the spread of the virus on these islands.

-Movements to and from the Municipalities are minimized – entry and exit from these five municipalities is allowed only for work reasons.

– The operation of the Courts is also suspended.

-Also, it is not allowed to perform any kind of services and rituals in the presence of believers in places of worship , with the exception of funerals, as well as individual prayer.

In addition, given the findings of the tracking, construction activity in these areas is suspended for the next 15 days.

It is reminded that in these areas, as well as in the “red” areas:

Citizens are not allowed to move from 6 pm to 5 am, with the sole exception of moving for health reasons, for work reasons and for a short pet walk around from the permanent residence.

They remain in suspension of any kind of sports activity, as well as the operation of cultural venues.

The restaurants operate, as in the whole country, with the method of take away and delivery. As far as take away is concerned, it is reminded that this is not an independent reason for moving.

-Suspension of operation of Lyceums for life and operation of other school levels and nurseries with physical presence.

-Operation of the retail trade and the activities that until today had been opened with the method of click away only. Hairdressers, barbers, beauty centers as well as the services of dietetics and diet units, personal hygiene and body care services, but also KTEO and OPAP agencies operate normally, with the terms and measures already in force. Both retail and these stores and services, it is clarified that will operate from Monday to Friday from 7 am to 8 pm only. They remain closed on Saturday.

On Saturday, only supermarkets, grocery stores, bakeries, gas stations and pharmacies remain open and only from 7 in the morning until 5 in the afternoon. It is clarified that andthe operation of public markets is suspended on weekends . The specific provision concerning the public markets will be valid from next weekend.

Traffic ban from 18:00 on weekends

Places of worship function in the way that is valid until today.

These measures are valid from tomorrow morning at 6 and until Monday 15 February. These three areas, Attica, Thessaloniki and Halkidiki, as well as the five areas of high epidemiological risk, namely Patras, Chalkida, Mykonos, Santorini and Agios Nikolaos remain in a state of daily epidemiological observation and the evolution of the pandemic will be assessed daily meetings and in connection with both the daily epidemiological data and the results of the case traces and their close contacts.

In conclusion, it should be noted that due to the epidemiological picture throughout the country, at today’s meeting of the Infectious Diseases Committee were not discussed other issues or requests of the various ministries, as well as Sports, regarding the resumption of more sports and not only activities.

We understand and share the concerns and implications (financial, competitive, but also psychological) in amateur sports, which is a large part of our society. But we ask for patience. We hope to have a better picture in the coming days and to be able to have news about the athletic family of our country.

Once again we point out that decisions to open or not specific activities are a multifactorial equation. Any decision is not based on obsessive syndromes of either government officials or epidemiologists. It should be understood that any opening of activities has an increasing effect on mobility, the so-called mobility. The greater the mobility, the greater the risk of further spread and spread of the virus. Because mobility means contacts, few – many, sparse – frequent, yet contacts.

So the point is not to open something, applying all the health protocols. After all, no one supports an opening without protocols. The question is whether the opening of specific activities increases mobility, but also how much it “burdens” the control mechanisms and how much it increases the risk of dispersion.

So it takes patience, perseverance, an effort to understand the evolution of the pandemic and not screams, curses and extreme approaches. The government monitors the data and follows the proposals – evaluations of the country’s top epidemiologists. Because the bigger the picture, the better the image of the whole country.

After all, as we all know, the only criterion for any decision is the data. These dictate in which direction we should move. And right now the epidemiological picture of our country, but also the data from other countries show that we must remain vigilant. We know that after 11 months of trying, we are all tired. We are fighting, like everyone else, a constant battle. It’s not easy. But it already seems to be light, as the start of vaccinations brings us closer to the end of the pandemic. We all need to continue to show patience and perseverance. To stay safe, until we finally leave behind this unprecedented circumstance. 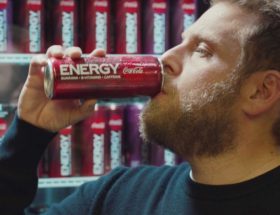 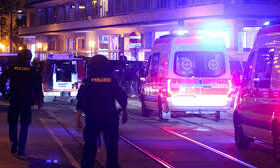