Skip to Content
Home News Vaccination: Reward incentives for those vaccinated and fears of a fourth wave Incentives to encourage those who are hesitant about vaccination are being considered by the government in the coming days, in the form of benefits. TOBIMA Team 06.06.2021, 22:26

Incentives to encourage those who are hesitant about vaccination are being considered by the government in the coming days, in the form of benefits. The available data show that not only different age groups but also significant sections of the population in cities of the province have not been vaccinated.

This development frightens experts who believe that if a certain percentage of vaccination is not achieved in certain age groups, then it is very likely that the conditions for a fourth wave of pandemic will be created in the summer, with dangerous mutations at the forefront.

Therefore, the privileges that will facilitate in many things the daily life of those who have been vaccinated, will be the temptation of the government to close the gaps in the vaccination of the population and to accelerate its immunization.

Gikas Majorkinis, professor of Epidemiology and member of the Committee of Experts, stated that “now we are targeting 20-39 because this is the social group that has the most activity and the greatest participation in transmission. If we manage to catch a 60-70% in this population at 20-39, we will have achieved a very large percentage of the immune wall. The gnawing of the contagion will be achieved with the vaccinations that are now done in the summer in the young groups. they have the most contacts, they are the bridges between young and old ages and when we catch 60-70% at these ages, then we will have gained 80% of the wall of immunity “.

The scientists point out that the big goal is to vaccinate 60 to 70% of the population – especially the younger ones – to build the necessary immune wall and reduce the pressure on the health system, as the majority of people who are hospitalized are unvaccinated.

To date, more than 2.3 million of our fellow citizens have been fully vaccinated and almost 4 million have received a dose, with citizen participation being satisfactory, with almost all appointments being covered in most areas, except 19 regional units where vaccination coverage is low.

In the next period, all 20-year-olds will have access to all vaccines, starting from the age group of 25-29 years. Citizen participation in vaccination is considered satisfactory. In fact, in most areas almost all appointments are covered.

The indicators are “prosperous”

Intubated patients have decreased significantly in the last 24 hours and the number of patients in the ICU has now reached 416, while 932 were the new cases and 35 deaths. With about 80 to 85 thousand daily vaccinations, the operation continues with the aim of the wall of immunity of the general population. To date, more than 6 million doses have been administered.

On Sunday, Deputy Interior Minister Stelios Petsas spoke in favor of granting benefits to those who are being vaccinated, confirming that this is in the government’s plans, as has been said again, since the vaccination campaign has recently climbed despite the government’s narrative.

Speaking on SKAI TV, St. Petsas said that “privileges are needed in those who are vaccinated in order to be a clear motivation and to bend the resistance to those who have second thoughts or are attracted by conspiracy theories”.Coronaios: The safety net is not impenetrable

As he mentioned, if there are vaccines available, the vaccinated people should be given incentives, such as greater freedom of movement inside and outside the country, the opportunity to visit places that are closed now and similar freedoms will be opened.

Mr. Petsas noted that this is something that has been discussed for a month and estimated that mid-June is the time when some decisions should be made to speed up vaccination.

In addition, comment that it is better to get the fastest vaccine than to wait for the most sophisticated option.

The schedule of the next steps

From Monday, June 7, the opening of all vaccines for 25-29 year olds is expected to be announced.

On Friday, June 11, an extension of the traffic hours is expected to be announced, while the issue of music in the restaurant will be put on the table. According to information, the traffic ban that now starts at 00:30 will be extended until 01:30.Italy: 73 deaths and 2,257 cases

Home vaccinations will begin in June. The plan is likely to be announced on Monday.

Also, within the summer, decisions may be made about the “privileges” of the vaccinated. However, constitutional restrictions must also be taken into account.

Nikos Kapravelos – director of the ICU at Papanikolaou Hospital, said that the vaccine not only protects you, it also breaks the chain of dispersion and thus prevents mutations. He who refuses to be vaccinated does not only harm himself, he also harms his neighbor. We must introduce the compulsory universal vaccination in order to escape this scourge “.

The only way is mass vaccination

The need to build the wall of immunity immediately stressed the rector of EKPA, Thanos Dimopoulos. Koronaios: The Committee of Infectious Diseases is meeting today – What will be the next steps for freedom

“Speed ​​up the vaccination process. To achieve a wall of immunity “said Mr. Dimopoulos, saying that then the use of masks will stop. However, as he explained, “this also depends on the age groups covered and the possible development of mutations that are resistant. If 20% of people aged 60 and over are left without a vaccine, we may have to reach 80-85% of the vaccinated population in order to be immune.

“There is no other way to overcome the pandemic than mass, organized and coordinated vaccination,” he said, noting that the “de-escalation” of the pandemic is due to vaccination. “A significant percentage of the population has been vaccinated. To insist on 30% of our fellow citizens, who, while they were given the opportunity to be vaccinated, are in a phase of contemplation “. 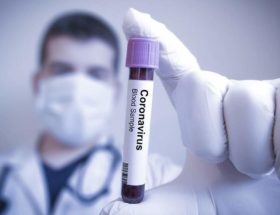 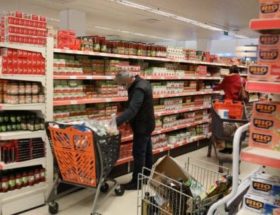